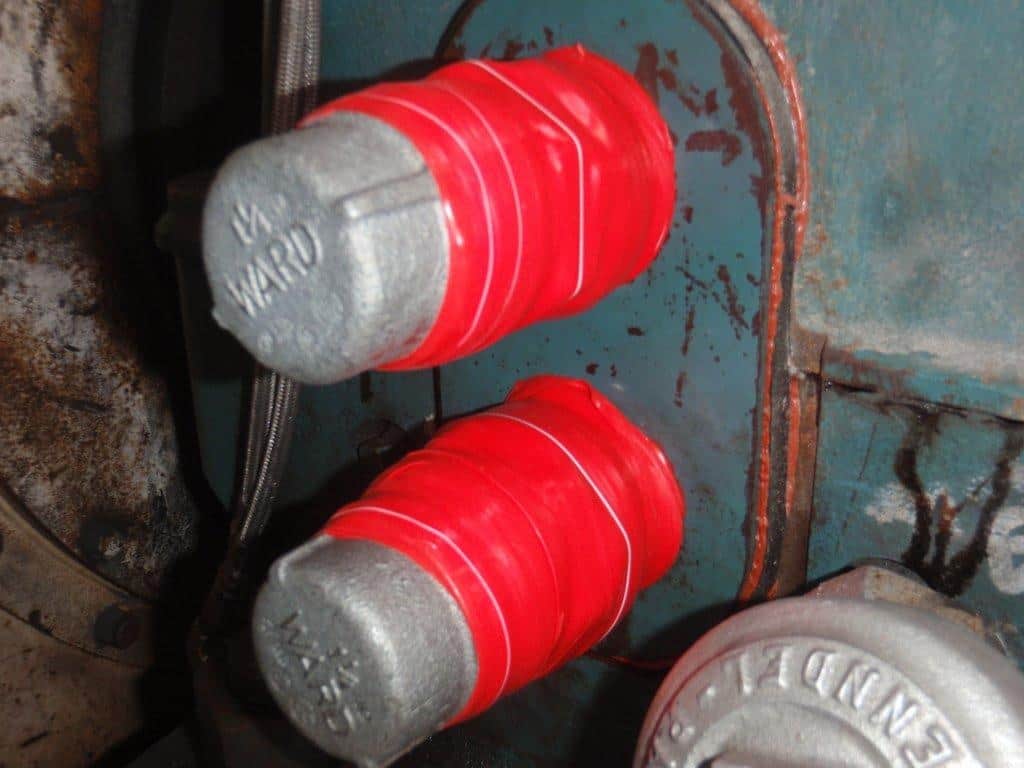 During an LLFA Tape demonstration, performed by GTG Engineering, Inc. at JEA, Northside Station, a request was made to repair a turbine oil leak. The leak was at the interface of a smaller diameter externally threaded pipe into a larger diameter internally (female) threaded pipe that was associated with a Primary Air Fan for a 310 Megawatt, circulating Fluidized Bed boiler. The bearing is a Sleevoil Pillow Block Bearing. The leak was sealed using LLFA Smooth around the dimensional change and 2″ wide LLFA Tape over the entire connection. The JEA Manager Electric Production Maintenance stated that the repair would have cost $17,000.00 due to the fact that in order to make a full repair, the unit would have to be derated since they would have lost half the generating capacity of the unit for the length of the repair.

On JEA performed a repair, themselves, using LLFA Tape and LLFA Smooth in which the leak was coming from a flat plate where the pipe fitting entered the plate. . There was oil leaking from the flat plate at the fitting. GTG normally recommends that LLFA Tape must extend a minimum of 1 to 1-1/2″ beyond the leak in order to make an effective seal; however, JEA used a combination of LLFA Tape and LLFA Smooth to create a “tadpole gasket” which was able to seal against a flat plate. I think we can safely say 1-1/4 to 1/1/2 gallons of oil in a 24 hour period. Below is an excerpt of the e-mail from JEA.

“. I came up with a solution for that (sealing a leak against a flat plate) using your product (LLFA). I cut a thin piece of smooth, rolled it into a thin cylinder shape and then wrapped it around one side of tape. Similar to a tadpole gasket. I applied it pressing the smooth to the flat plate. The theory being that the compression of the tape would press the encapsulated smooth against the plate, creating a seal. Looks like it worked. Impressed so far.”

On JEA Northside performed another “tadpole gasket” style repair, using LLFA Tape and LLFA Smooth. Below is an excerpt of the e-mail from JEA.

“Hope all is well with you. These pictures show another oil leak that we wrapped. It is on a bearing similar to the one you guys (GTG) did for me. The difference being that this bearing is larger and was actually leaking about twice as bad, 2-1/2 + gallons every 24 hours. This is taken 48 hours after wrapping and shows no sign of any leakage. This stuff is good. Thanks “